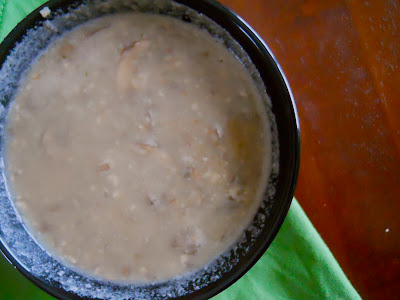 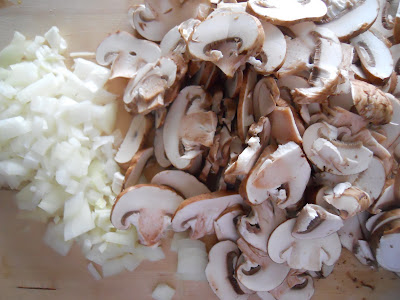 I can't help it.
I just love that stuff.
But I do still like to mix it up once in awhile.
It's usually at the request of my arteries. 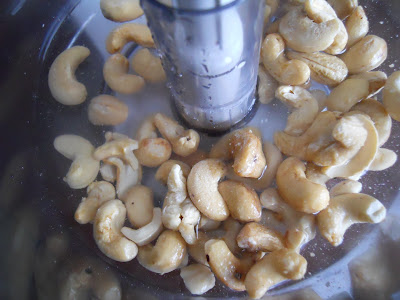 Truthfully, I really do try to prepare vegan or vegetarian meals at least one day a week (usually Meatless Monday's) for some variety.
When vegan recipes taste as good as this soup, I really don't miss the other stuff. 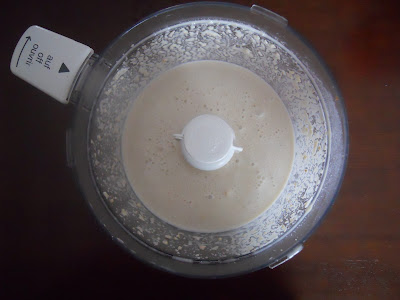 This soup subs cashew cream for the heavy cream that would normally be in the soup. Although it's not as rich and thick as regular cream, the cashew cream works really well to make this into a comfort food. 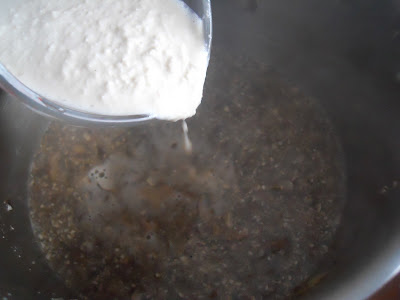 I know this is a bit weird and different but give it try.
(Not ready to go vegan? Eat it with a huge slice of cheese toast on the side :) )
Vegan Cream of Mushroom Soup
Serves: 4
Source: Joy the Baker
2 tbsps olive oil
1 medium onion, diced
3 garlic cloves, minced
1 lb (454g) cremini mushrooms, cleaned and sliced
1 tbsp tamari (or soy sauce)
1 tbsp worcestershire sauce
1 tsp coarse ground pepper
3 cups vegetable broth (or 3 cups water plus 1 tbsp homemade bouillon)
salt
½ cup raw cashews
½ cup water
Directions:
1. In a large pot heat olive oil over medium heat. Add onions and saute until translucent and slightly browned, about 5 minutes. Add garlic, stir and cook for 1 minute more. Add mushrooms, tamari (or soy sauce), and worcestershire and continue cooking until mushrooms or very soft and broken down, about 5 minutes. Add pepper and broth and simmer for about 10 minutes.
2. While soup is simmering, prepare cashew cream. In a blender or food processor, puree cashews and water until smooth. Pour into a small bowl and set aside.
3. When mushrooms are cooked through add about ⅓ of the soup to the blender and blend on low until smooth. Pour into a clean pot and continue until you've pureed the whole batch of soup. Pour the cashew  cream into the soup and stir until incorporated. If desired, strain through a fine mesh strainer. (I didn't). Serve or freeze for later.
Linked to: Seasonal Sundays
Posted by Jessica at 8:48 AM